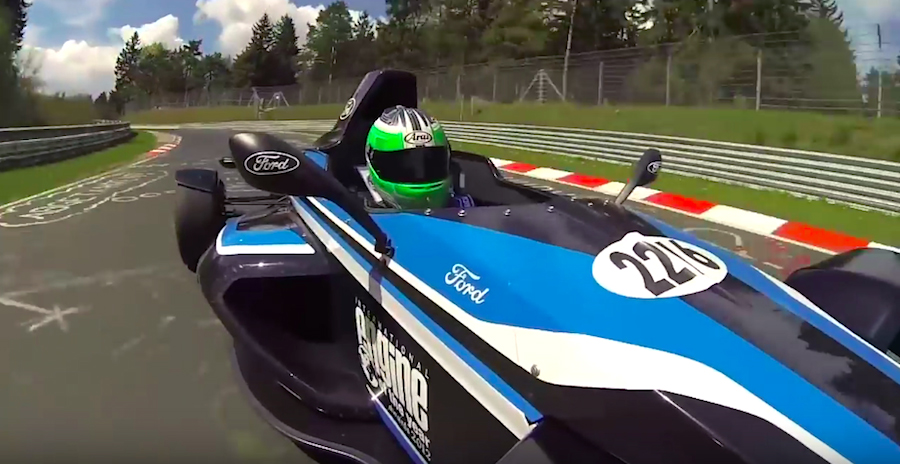 Car companies do have a sense of humor. So say the fine folks at DRIVE, anyway, as they drive Ford’s factory-fresh creation: a 1.0-liter, three-cylinder turbocharged pipsqueak of an engine stuffed inside a Formula Ford chassis.

And yet, that car is rocking 200 horsepower in a chassis that weighs barely over 1,000 pounds.

Plus, it went around the Nurburgring in a tick over seven minutes—7:22, to be exact—which beat out the likes of 600-horsepower Lamborghinis and Ferraris. Needless to say, that’s the fastest car with three cylinders.

In Chris Harris’s hands, it’s easy to see that. Sixty mph comes under four seconds, and there’s a top speed of 159mph, which must get pretty windy up there. Watch Chris Harris do his thing, and take joy in the rumor that Ford might actually sell you one of these.