Watch this Shelby Super Snake take down a Hellcat Charger 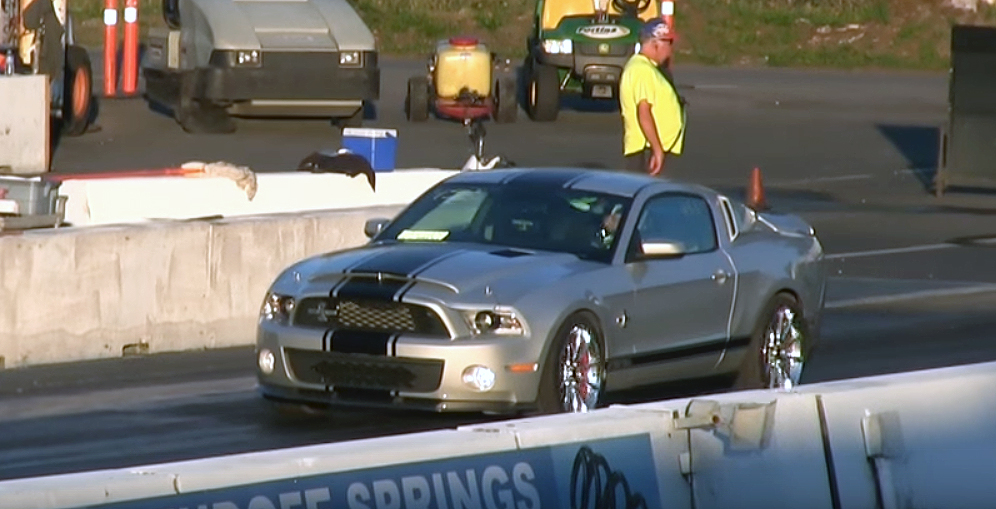 It’s been a few years since this Ford Mustang Shelby GT500 Super Snake rolled off the line at Shelby American’s factory floor in Las Vegas, but it’s still enough to defeat the 2015 Dodge Charger Hellcat.

That’s right—the Hellcat might get all the headlines with 707 horsepower, but the Shelby Super Snake still holds to its 750 power mark (at least in 2012, as a helpful commenter points out, and accurately, for once).

It’s a world-beater. And at Mission Raceway Park in British Columbia, Canada, it trounces the Hellcat by the slimmest of margins: 12.44 seconds for the Dodge, and 12.41 by the Shelby. That’s a .03-second difference—but enough to secure a victory.