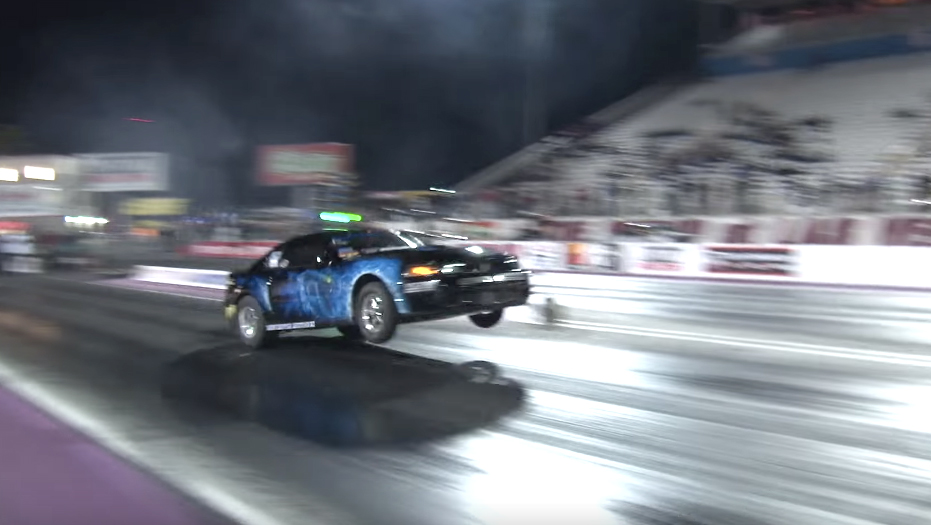 Might as well call this video “Frank Yee’s Wild Ride.”

Frank Yee, of Voodoo Racing, built this eight-second Terminator Mustang to be the fastest ever. And when it launches and rears up on its drag radials, it’s easy to believe that.

But things quickly get out of hand, as the car runs away from all that power—and goes sliding into the opposite lane (against a Monte Carlo). Serious puckering ensues. Narrowly missing the wall, the car spins out, over and over and over again.

And yet, it avoids both walls.

This is an exercise in how to crash without actually crashing. Yes makes it to the end of the track with nothing damaged except a new pair of pants.