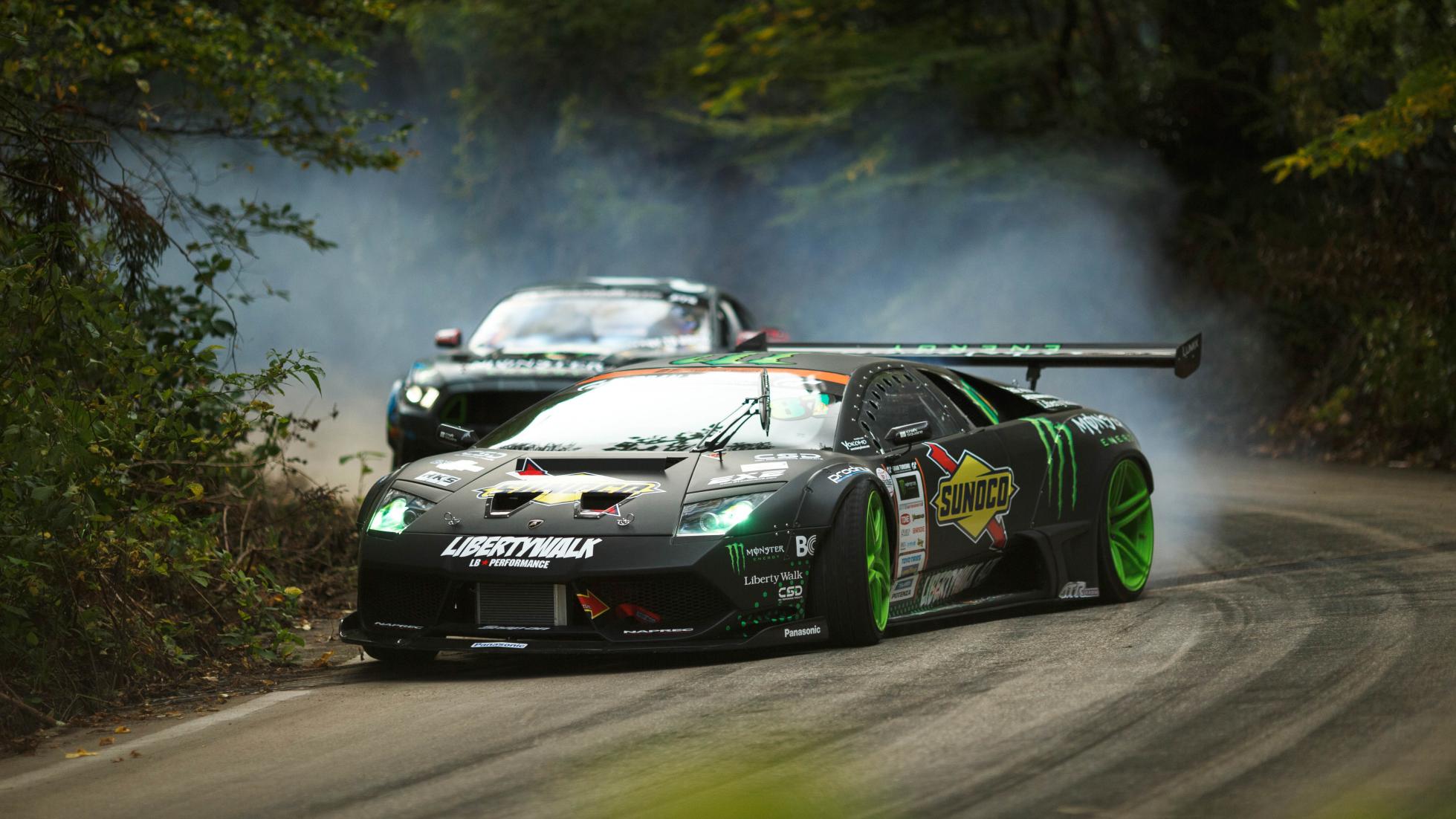 Vaughn Gittin Jr. and his drift-mad Mustang RTR both head to Japan, in order to square off against a 650-horsepower V12 Lamborghini converted from AWD to RWD, which sounds just as mad as it actually is.

The Lamborghini is driven by Daigo Saito, who won the D1 Grand Prix in 2008 and Formula D in 2012. Built by Liberty Walk and Phat Five Racing, it’s an audacious car in a world of crazy drift cars.

The abandoned Niigata Russian Village provides the perfect, eerie backdrop for the touge run. Watch and see which car looks cooler flying through the forest.