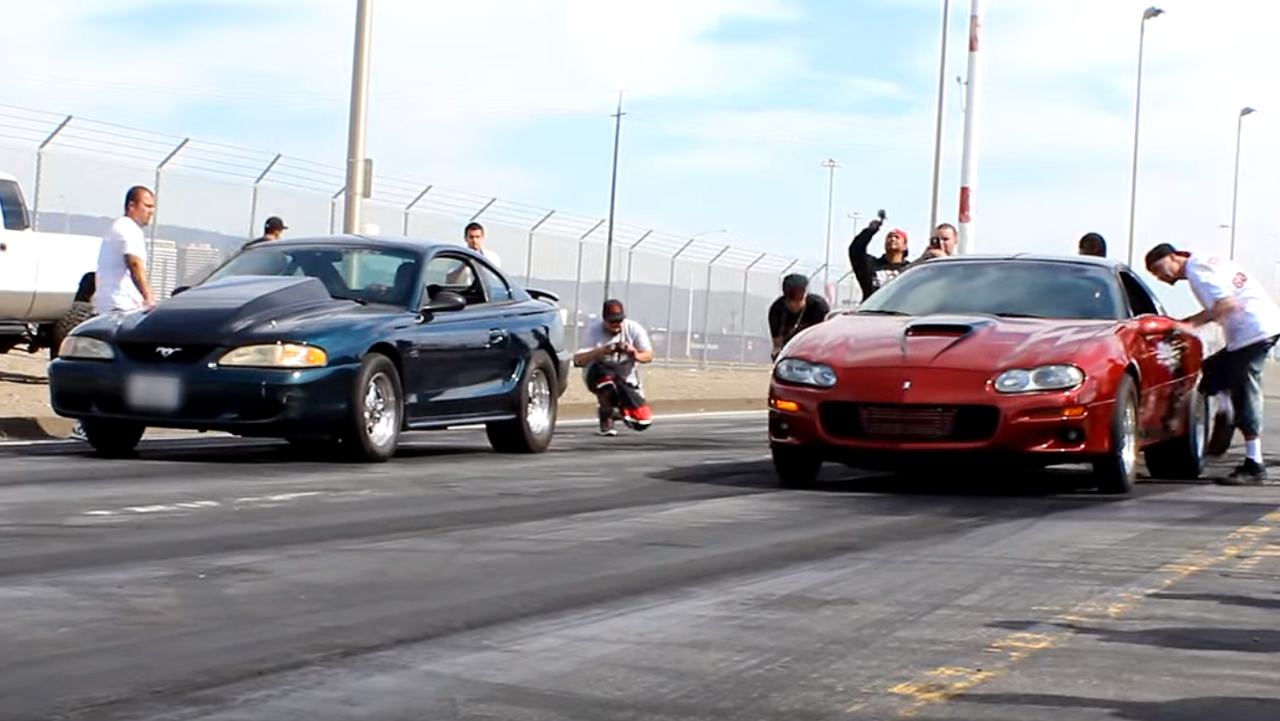 The SN95 Mustang doesn’t get as much love as its predecessors, or even its ancestors. But we won’t judge. Because this supercharged SN95 Mustang with a 347 cu. in. engine has captured our hearts.

Watch it take on a Camaro SS with an LS1. Even with the Mustang’s pure-Nineties teal paint, it looks awesome with monster drag tires.

The Camaro looks pretty good, too. Sitting pretty on big Hoosiers, with shining orange paint, it’s a pretty car—but is it enough to beat its rival?

Let’s just say that if you’re reading this, and you have an SN95 Ford Mustang, you’ll be patting yourself on the back.