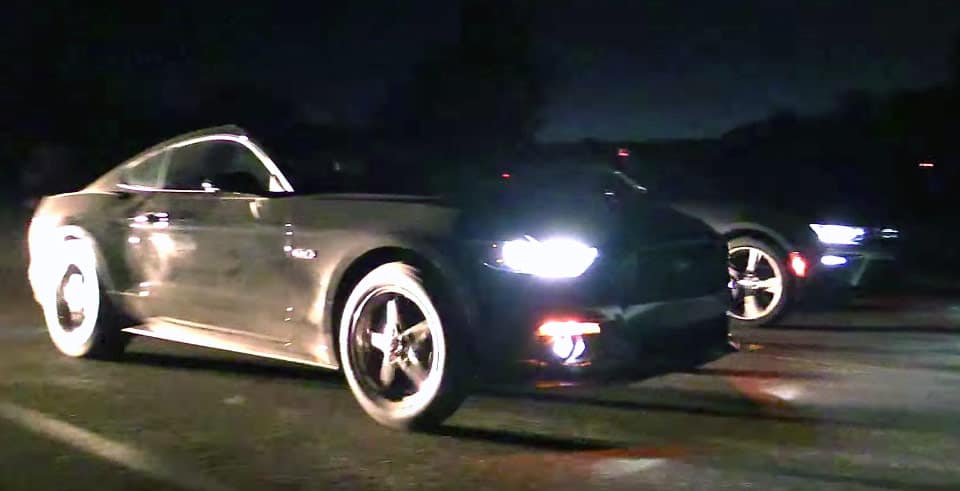 Normally, a headline like that wouldn’t be so exciting. But this is a stock S550 Ford Mustang GT, wiping the floor with a sixth-gen Camaro that’s received an exhaust and tune—not just once, but twice.

On the first launch here, the Camaro used Launch Control. But it wasn’t enough. The six-speed Mustang GT takes the lead right off the bat, and it’s gone.

Chalk it up to driver mod, as we always say. Because a tuned Camaro that’s facing its brand-new rival should put up much more of a fight.