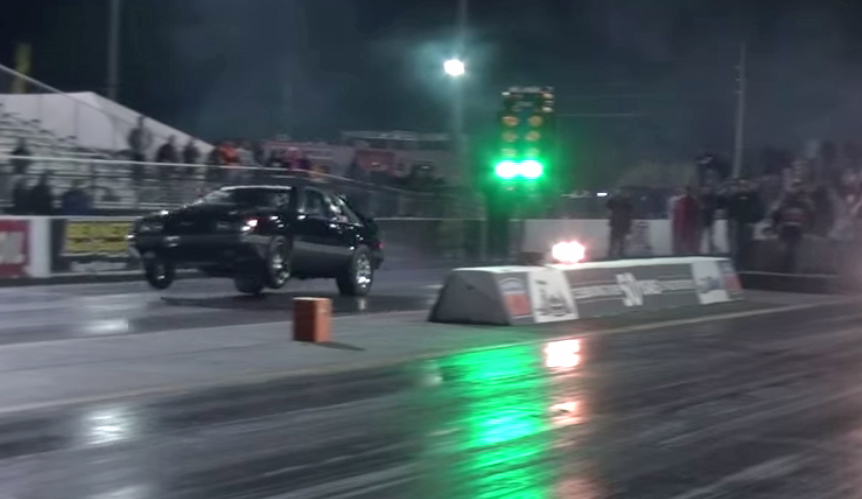 A grudge match with a Mustang huffing nitrous and a Trans Am with some turbo magic. The result can only spark more of a grudge, not lessen it.

The Mustang is a Fox-body with some serious work: a small-block Ford that’s apparently laying down over 500 horsepower to the rear wheels, as well as a 25—shot of nitrous.

The Trans Am isn’t any ordinary turbo Trans Am, either, if a turbocharged F-body could be anything ordinary: an LSx block, a Powerglide, and 88mm Precision turbos are under its snouty hood, as well as some work from Nelson Racing Engines. Yes, the people who routinely build street-driven four-figured-horsepower beast machines are also helping this Trans Am along.

This is a nail-biter of a race, claims That Racing Channel, and we can see it even before the lights turn green: the Mustang’s best time has been 8.8 seconds, while the Trans Am is hitting 8.0 seconds dead. Can the Mustang rise up and win? Watch and find out.