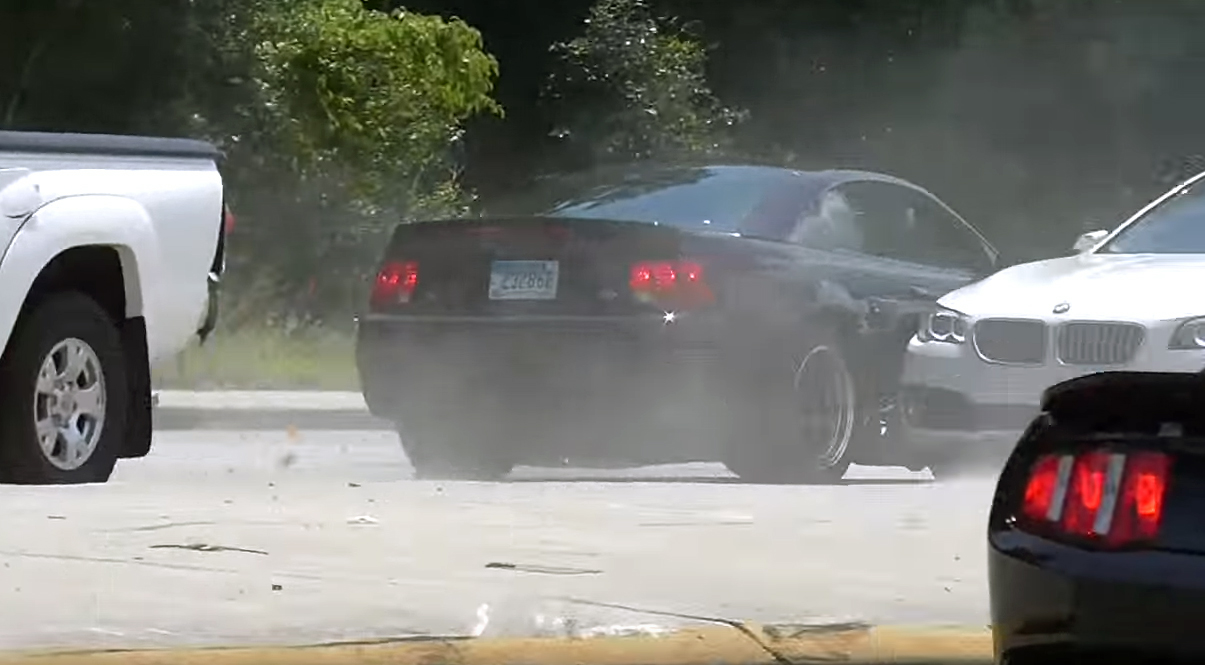 Well, these guys aren’t getting invited back to any car shows ever again.

It’s a triumvirate of stupidity here as these three Mustangs try to powerslide a corner on an incredibly crowded road. Problem is, they’re not very good at drifting, or driving, or not being douchebags.

Things escalate quickly. The first Mustang tries sliding and nearly wipes out a silver car. The second Mustang does a burnout and hits the curb, nearly wiping out some spectators and smashing its wheels in the process. And the third car? It attempts another burnout, jackknives, and t-bones an innocent car in the opposite lane. And that’s when the cops come out.

See, this is why we can’t have nice things.

This video shows the black Ford Mustang driver being arrested.