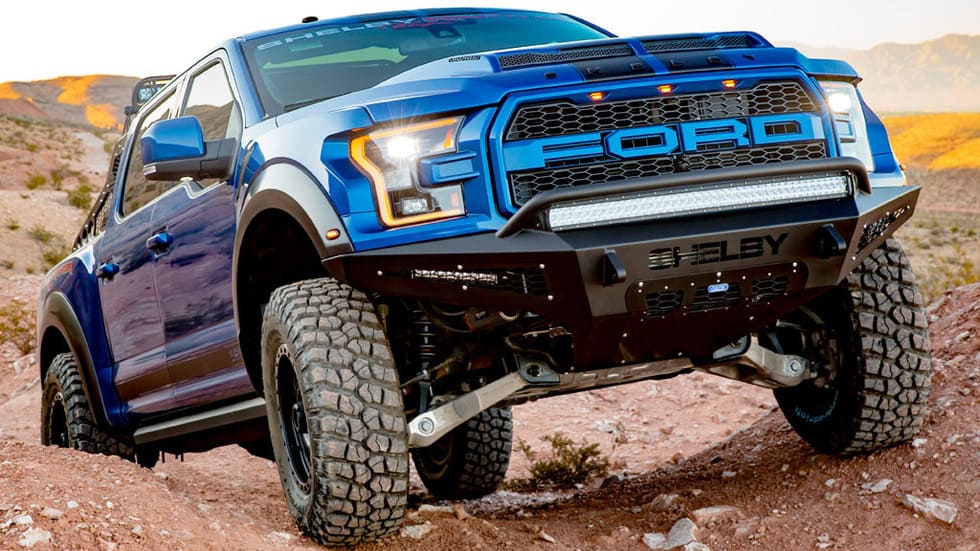 The Shelby Raptor has returned and it is all business. Now available on the stronger, lighter and more nimble 2017-2018 platform, Shelby American turns the capable machine into an extreme off-roader with key enhancements to the truck’s suspension, power and styling.

Under the hood, the Shelby Raptor has a custom cold-air performance intake system and tune, feeding the Ford Performance EcoBoost engine. This gives the twin-turbo V-6 an amazing 525+ horsepower and an astonishing 610+ foot-pounds of torque.

The most noticeable change to the newest generation Shelby Raptor is its amazing suspension system. Developed with FOX Racing, the four-corner adjustable system includes reliable technologies that adapt to any terrain from smooth streets to rigorous off-road trails with a simple ‘no tool needed’ adjustment. The robust suspension system rides on high performance BFGoodrich KM2 35/12.50R18 tires mounted to 18” alloy wheels.

Every Shelby must look as good as it performs, so this super truck has a fully functional ram air hood adorned with Shelby lettering and striping. A custom front bumper, rear bumper and chase rack surround the ruggedly handsome truck. It even features eight LED light configuration, as well as mounts for two spare tires. Metal rock sliders with automatic running boards flank the sides for an easy step after the 3” lift.

The new Shelby Raptor may only be a tuned a Ford Raptor – but it has a LOT more power on tap.

The Shelby Raptor Baja edition embroidered custom leather seats, floor-mats and console badging make the interior feel as special as the outside. The dash carries the important numbered CSM serial number plate that is entered in the official Shelby Registry. 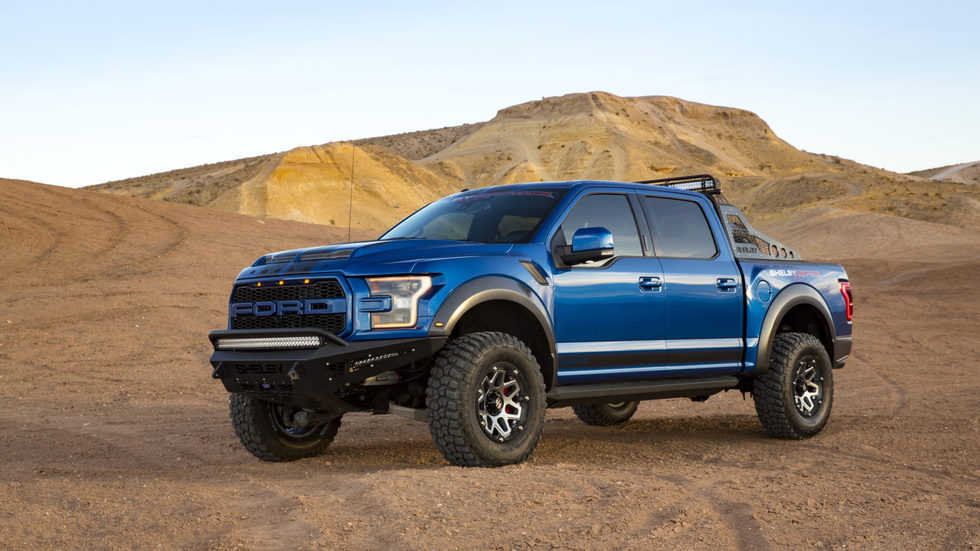 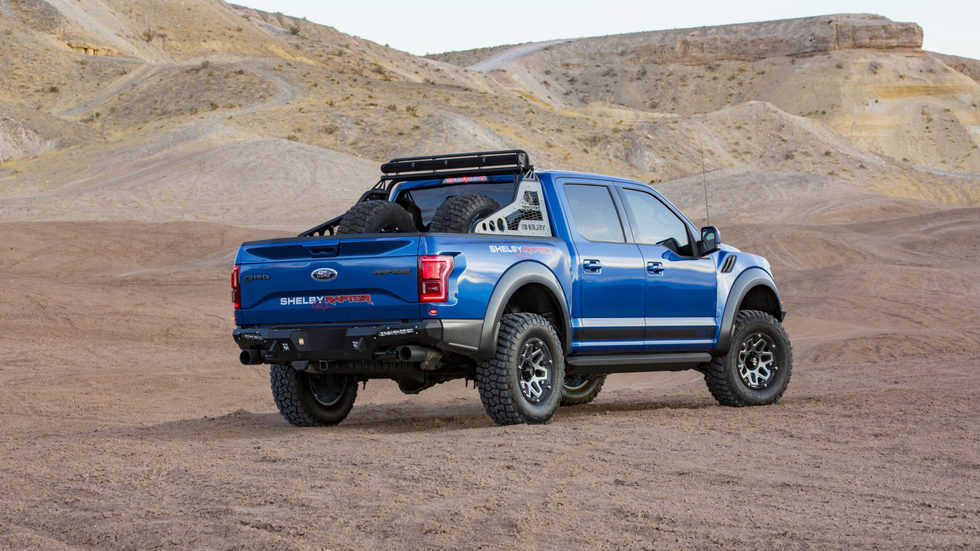 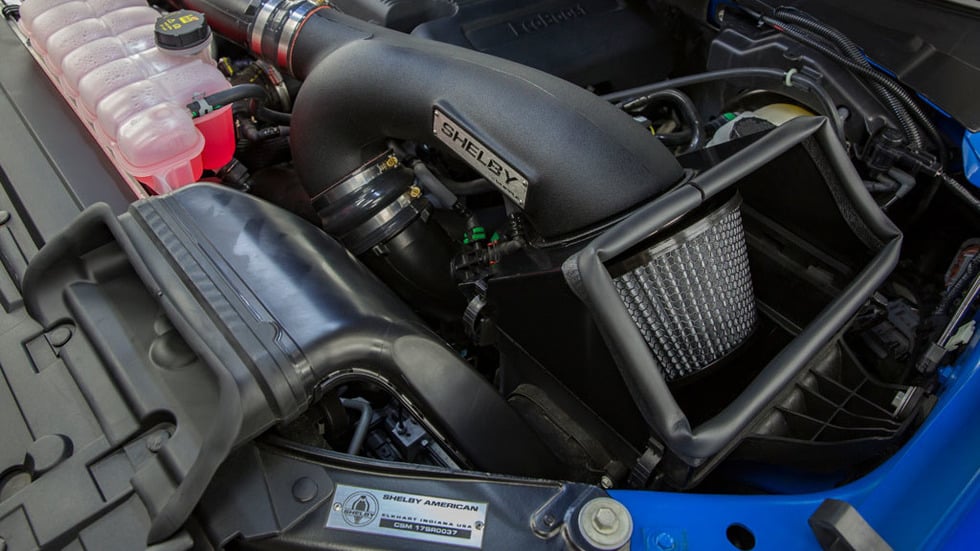 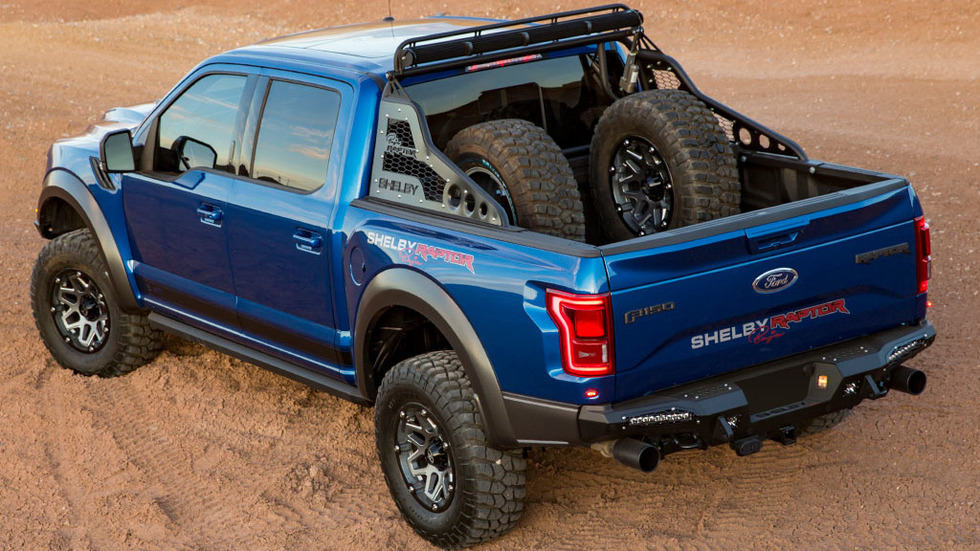