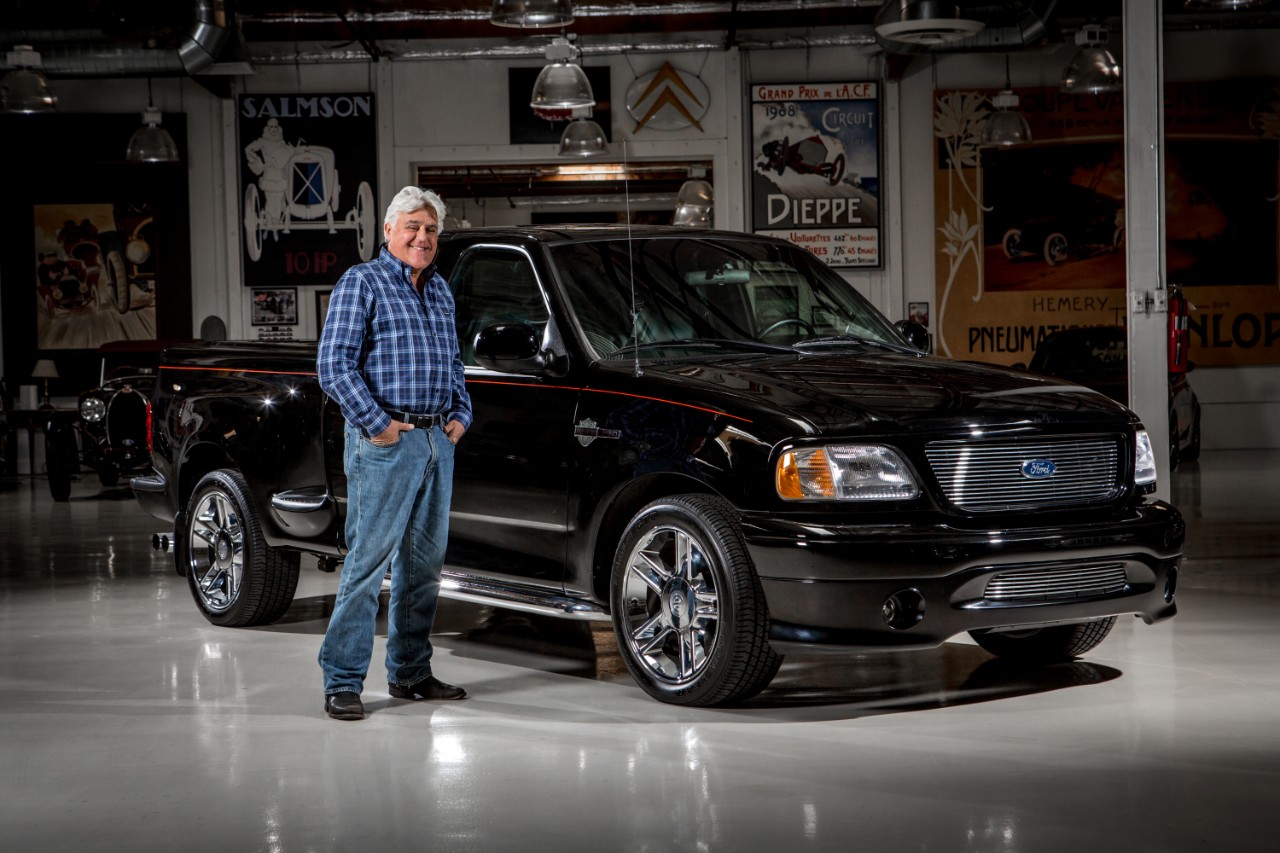 All proceeds will benefit National Multiple Sclerosis Society, the country’s leading organization helping people affected by multiple sclerosis through cutting-edge research, advocacy and education. Live TV coverage of the auction of this custom F-150 will air on Velocity on Jan. 29.

“Jay Leno and Ford Motor Company share a passion for special vehicles and charity,” said Jim Owens, Ford Performance marketing manager. “We enjoy working with celebrities like Jay Leno who support a worthwhile cause that makes a positive difference in people’s lives. It’s a great story, because organizations can receive the help they need, while automotive enthusiasts get a chance to own a one-of-a-kind vehicle.”

Leno will be on the block to help auction his Harley-Davidson F-150, (Lot #3006). Representing the first collaborative effort between Ford and Harley-Davidson, this distinctive pickup captured the imagination of auto enthusiasts across North America when it was introduced in May 2000.

The truck is the only one in existence that features the SVT Lightning powertrain. Equipped with a supercharged 5.4-liter Triton V8, this custom monochrome black F-150 features distinctive Harley-Davidson orange pin-striping and badging and 20-inch styled chrome wheels. It cranks out approximately 360 horsepower that exits through a specially tuned single-inlet dual-outlet exhaust for a more robust sound.

“This is an opportunity to own a truly unique vehicle from my personal collection,” said Leno. “Not only is this Harley-Davidson F-150 the only one of its kind, it’s providing much needed resources to the National Multiple Sclerosis Society. The next owner can feel good knowing that they’re getting an outstanding truck and supporting a great cause at the same time.”

This custom Harley-Davidson F-150 has been titled to Leno since it was first presented to him by Ford Division President Jim O’Connor at Ford World Headquarters in May 2000.

In addition to the latest Ford Performance models, Ford will have its full 2016 vehicle lineup on display at Barrett-Jackson Scottsdale, including the new Explorer and F-150, as well as all-new Lincoln sedans and SUVs. Auction-goers will have the opportunity to get behind the wheel of their favorite Ford Motor Company models for on-site ride-and-drives.