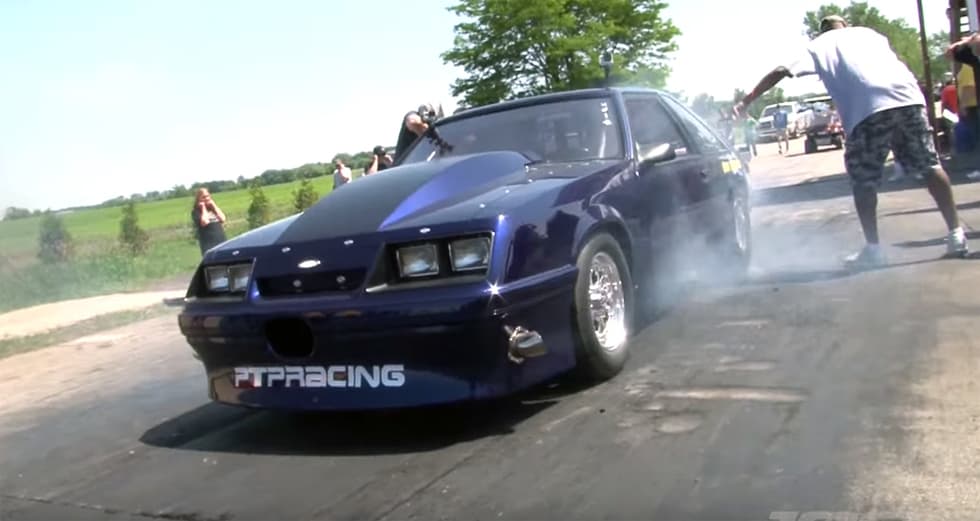 Drag racing ain’t safe, and maybe that’s why some of us like it so much. Watch this Fox-body Mustang meet a violent end, up close and personal, right from the driver’s perspective.

From the outside view, the Mutang on the right starts to lose traction halfway down the strip. It turns 90 degrees toward the wall. It spins a full 360 degrees. The parachutes deploy, and they get tangled. And the GoPro camera mount on the exterior stays with the car the entire time, until it hits the opposing wall—and then it flies out.

The driver, Shannon, it must be said, broke three vertebrae in her back but is apparently ok otherwise. We hope she’s recovered since then and is back at the racing business.