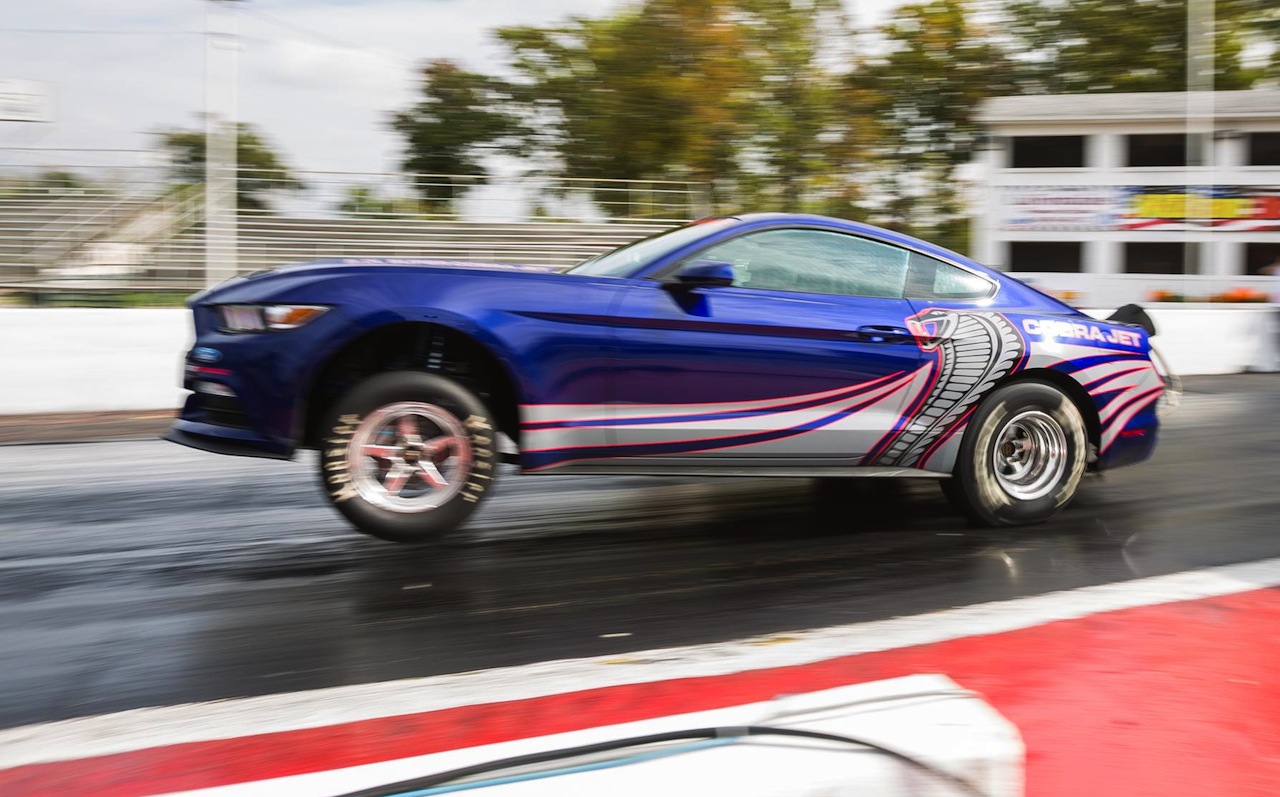 Since its victorious debut at the 1968 NHRA Winternationals, Ford’s Cobra Jet Mustang has represented a legacy of power, performance and triumph. The modern program started with 50 cars for the 2008 model year, continuing with 50-unit limited builds in 2010, 2012, 2013 and 2014. For 2016, the car is available in Oxford White or Deep Impact Blue, with each color limited to 25 examples.

“The modern Cobra Jet has performed for our customers and put Ford in the winner’s circle consistently since 2008,” said Dave Pericak, director, Ford Performance. “The new car is the first Cobra Jet built off the all-new 2015 Mustang – the only factory 2016 Mustang with a solid-axle rear suspension. We are excited to see it compete.”

The Cobra Jet engine is made up of 75 percent production Mustang GT components topped by a front inlet Whipple supercharger; as delivered, it’s capable of eight-second quarter-mile times.

“It was important to use production hardware wherever possible to ensure parts are readily available and reasonably priced for racers,” said Jesse Kershaw, Ford Performance manager for drag racing parts and competition. “The production parts are also incredibly durable in passing our rigorous dyno and drag strip testing.”

For decades, Mustang has been the preeminent car in many forms of motorsport, including drag racing. Cobra Jet has added to that legacy – posting several high-profile wins including the 2015 NHRA U.S. Nationals Super Stock Eliminator and Factory Showdown races, while also holding multiple track records in various classes in the series.

Ford Performance engineers tapped internal resources, taking technology from other parts of the company and adapting it for racing. The Cobra Jet engine uses an electric water pump from Ford C-MAX Hybrid that allows cool-down without the engine running – resulting in more consistent racing via improved management of engine temperature. Dyno cells calibrated to simulate drag strip burnouts and quarter-mile runs were used to prove out engine durability.

With the Cobra Jet engine’s highly proven components largely sourced directly from the Ford parts shelf, the car’s parts are durable, efficient and well-engineered. Additional performance parts can be found in the Ford Performance Parts catalog.

Cobra Jet Mustang is getting its start at Flat Rock Assembly Plant in Michigan, with production now under way and delivery expected the first quarter of 2016.

The 2016 Cobra Jet is sold as a performance part without a VIN. Customers can order one by submitting a placeholder order for part number M-FR500-CJ through any North American Ford dealer. MSRP for the base car is $99,990. The popular graphics option costs $1,995 and a wheelie bar costs $1,995. 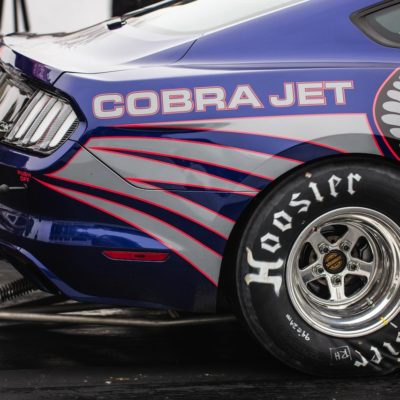 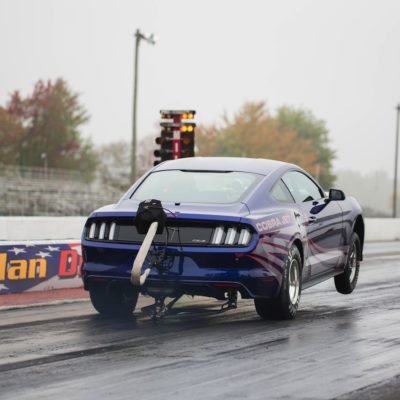 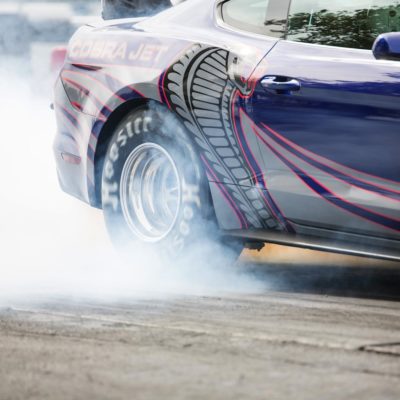