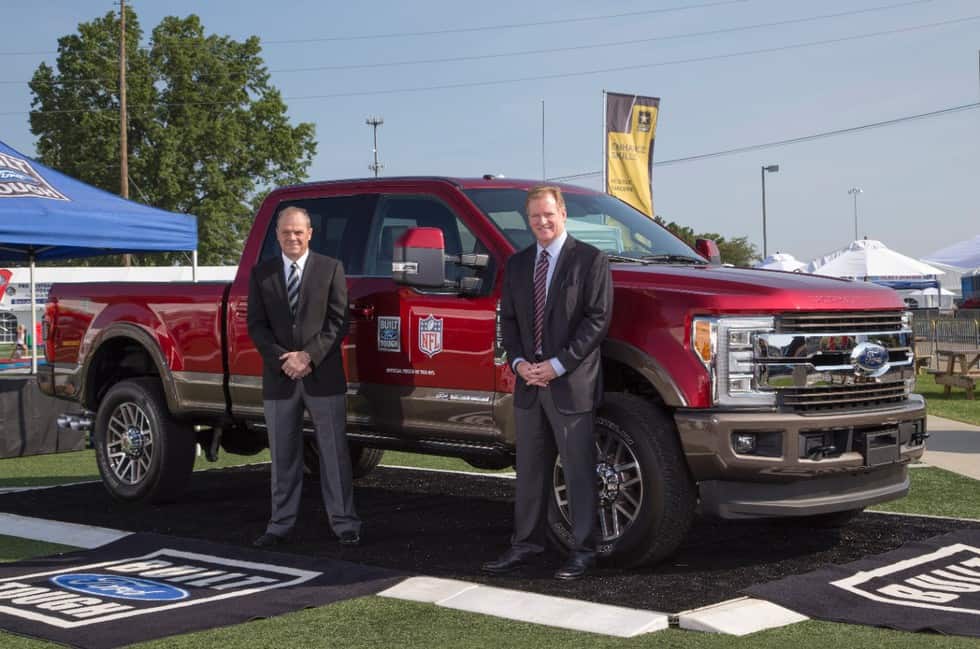 America’s toughest trucks are celebrating football’s toughest players. Ford and the National Football League are teaming up on a three-year partnership establishing Ford trucks as Official Truck of the NFL.

“America’s truck leader is teaming up with organizers of the nation’s favorite sport to put the spotlight on fans and players who show toughness, smarts and determination on and off the field, and who deserve to be recognized for that,” says Mark LaNeve, Ford Motor Company vice president, U.S. marketing, sales and service. “Both brands – each a leader in its category and known for toughness, capability, excellence and innovation – are coming together to give fans exclusive access to events and games, and to highlight players in a new way.”

“Just like our fans and players, Ford trucks and the NFL are always working to reach the next level through hard work, grit and commitment, which makes this partnership a natural fit,” says Renie Anderson, NFL senior vice president, sponsorship and partnership management. “We’re proud to be partnering with such a legendary American brand and look forward to helping Ford trucks become synonymous with the country’s most popular sports league.”