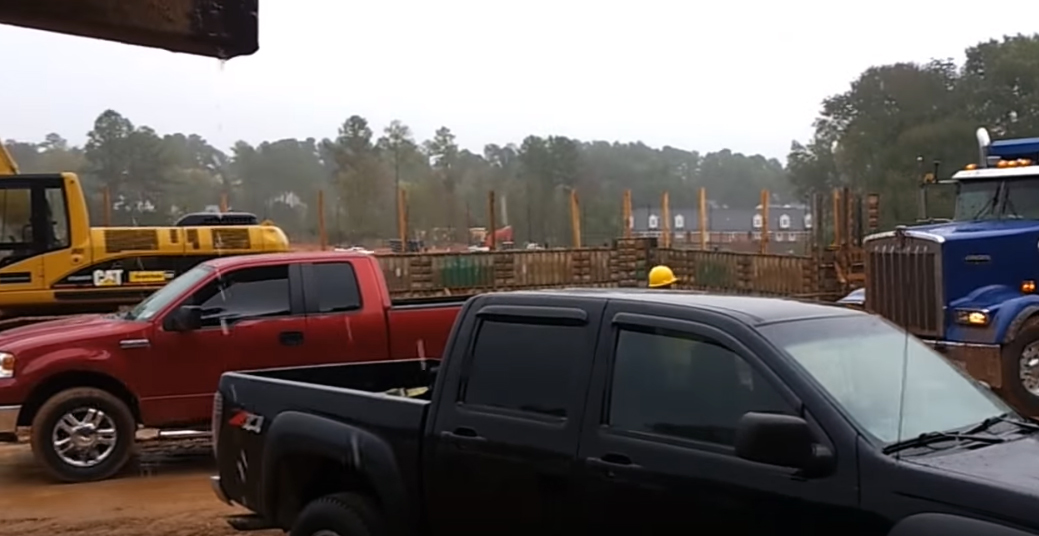 Count the wheels on that dump truck. Can a mid-2000s Ford F-150 really unstick it from the mud and the muck? Well, it’s all hooked up there, so might as well give it a shot.

At this job site, the heavy truck got caught in some sudden rain, on the slightest of inclines. It doesn’t take much to get a dump truck stuck like this, says one reasonable voice in the comments section, and with a bit of power it won’t take much to get it out.

The F-150 spins its rear tires and slides as if it’s on ice. It wiggles back and forth, but eventually it moves the truck out.

Not too bad. Maybe Ford could use this in a television commercial.