Big Mustang meet sees over 2,500 Mustangs, including a 1,000-horsepower Shelby 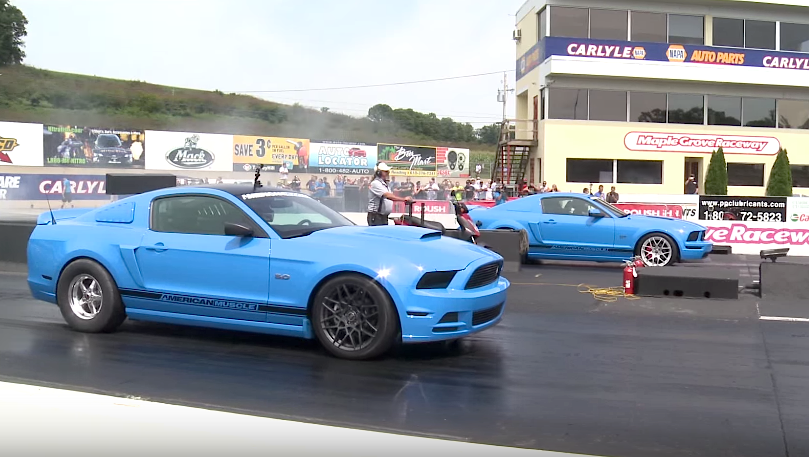 The American Muscle Mustang Show (the sixth annual!) saw over 2,500 Mustangs (2,600, according to the video’s description) populating the , the debut of the 2015 Mustang RTR from Vaughn Gittin Jr, a thousand-horsepower Shelby GT500, and even a special announcement from legendary hot rodder Chip Foose.

This episode of American Muscle’s Hot Lap is 20 minutes long, because there’s a lot of stuff to cover: the 2,500-strong meet at Pennsylvania’s Maple Grove Raceway is only the tip of the iceberg. There’s drag racing, burnouts, dyno competitions, sound-offs, new parts, project car updates, and someone drove home in a custom Project MMD Mustang. Someone even gets a Mustang tattoo.

And a thousand-horsepower Shelby—which was converted to S1000 spec by none other than Shelby American. Watch the video to hear how it sounds.