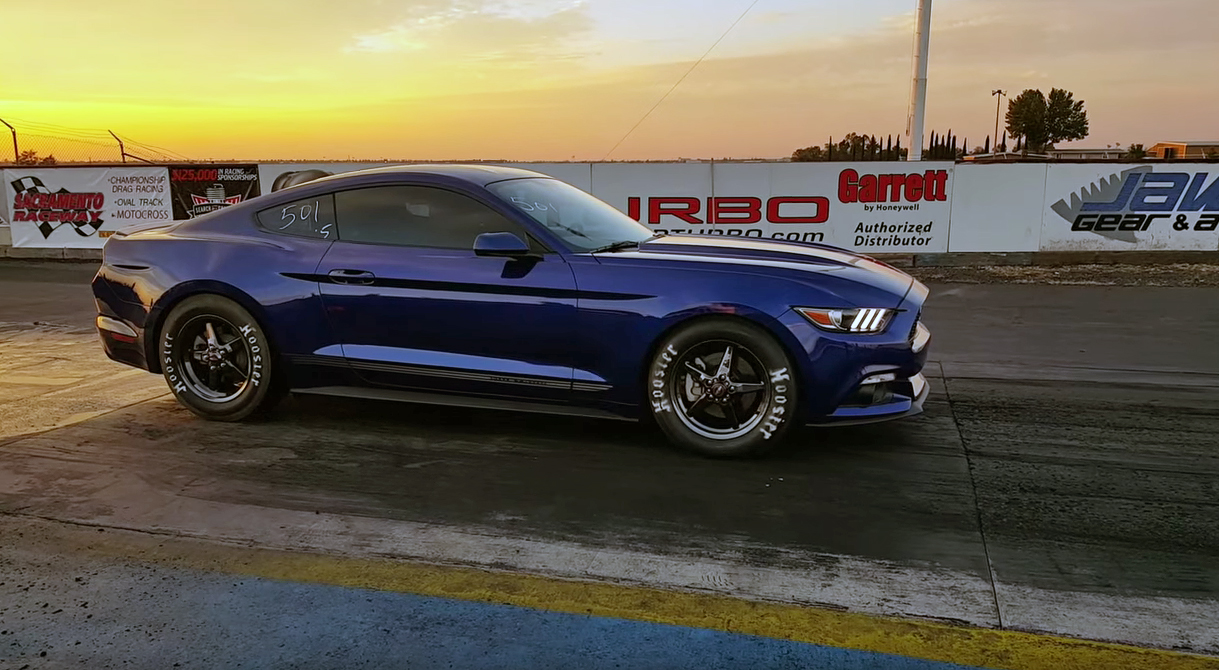 You know of the amazing, horsepower-gaining prowess of the S550 Ford Mustang’s smallest engine. But you haven’t seen one hit the strip with such incredible results.

This boosted blue badass of a Mustang was built by FFtec Motorsports, based in the Bay Area. The company’s FF660 package is what makes this car so fast: with their custom intake, exhaust, and intercooler, plus aBorgWarner EFR8374 turbocharger running 33psi, those numbers should be no surprise.

The result is good for a time of 11.59 seconds at 121.76mph, or a record trap speed—as set last summer, at Sacramento Raceway. “To date, says FFtec, “this is the fastest recorded official Quarter Mile trap speed for an Ecoboost Mustang.”

What’s more, the car is still packing creature comforts like air conditioning, a full interior, and power steering. Only drag radials were added alongside the go-fast parts.