Be a Good Neighbor, Drive a Mustang 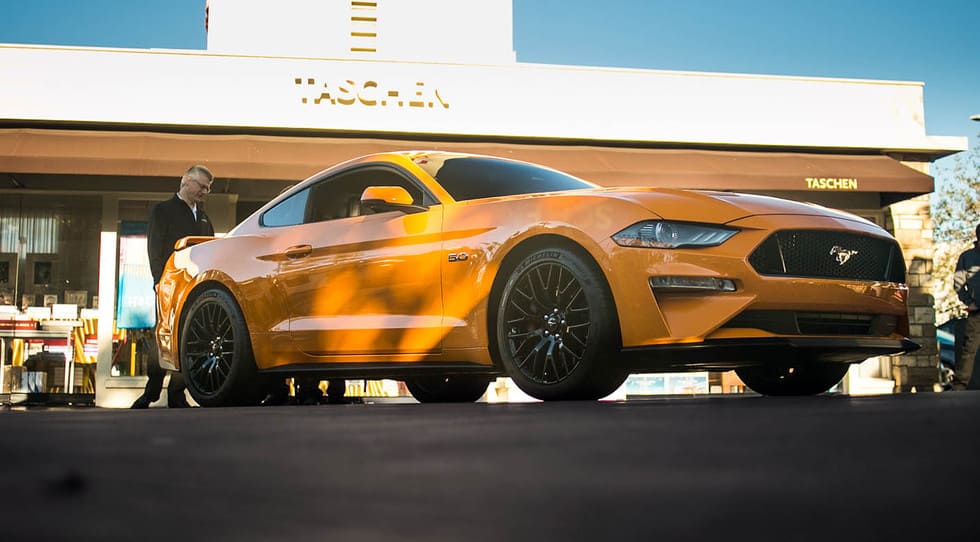 Be a good neighbor with the 2018 Ford Mustang, with Quiet Exhaust mode and new Quiet Start features that are a part of the available new active valve performance exhaust system. Quiet Start lets drivers schedule the time of day when either the Mustang GT’s V8 engine roars, or when it stays quiet for neighbors.

Alternatively, if you don’t like your neighbors, you can start it up in “Track” mode.

Someone called the cops on Steve von Foerster. The former head of vehicle engineering for Ford Motor Company wasn’t thrilled, but he understood why.

On an otherwise peaceful morning in his suburban Detroit neighborhood, von Foerster had just backed a Shelby GT350 Mustang out of his driveway. As the car’s V8 engine thundered, an annoyed neighbor set aside their coffee cup and dialed 911.

Von Foerster had left before the officers arrived, and he didn’t end up with a ticket. Nor did he get angry. What he got was an idea for the new Mustang.

“I love the sound of the V8, but it can be loud, and you can’t annoy people like that in your neighborhood,” said von Foerster, who now leads Ford’s user experience team in product development. “It sounds so cool, but I thought, ‘There has to be a way to give people more control over the engine’s sound.’”

The experience fueled a discussion between von Foerster and fellow Mustang program team members that led to development of Quiet Exhaust mode and industry-first Quiet Start, known as “Good Neighbor Mode” among Mustang engineers. The new features on properly equipped 2018 Mustang GT vehicles allow drivers to keep engine sound at a minimum if they wish and to program quiet start-up times in advance.

While some sports cars offer active exhaust systems with on/off functionality, Mustang’s Quiet Start is the first to allow scheduling of times. Using steering wheel-mounted thumb controls, drivers toggle through a menu in the instrument cluster to select when they want to fire up their Mustang GT without sharing the event with neighbors. For example, between 8 p.m. and 7 a.m., drivers can keep the peace by scheduling their car to start, minus the roar.

Both new Quiet Exhaust mode and Quiet Start features will be part of the available active valve performance exhaust system on the new Mustang GT, along with different exhaust volumes for Normal, Sport and Track modes, giving customers more choice than ever before.

“Active valve performance exhaust gives Mustang owners the best of both worlds – that classic Mustang sound, and the ability to not wake up your neighbors when you leave the house early in the morning or arrive home late at night,” said Matt Flis, Ford exhaust development engineer.

Neighborhoods across the country should be thrilled. According to a recent poll by Ranker.com, loud engine revving ranks among the most annoying noises neighbors make, alongside other common nuisances including power tools, barking dogs and band practice. Only early-morning lawn mowing is more robustly despised. With new Quiet Exhaust mode and Quiet Start, Ford is doing its part to keep the peace.

“When sounds get up into the upper-70-decibel range, that’s typically about when they start to bother people,” said Flis. “With quiet start activated, the decibel level of the new Mustang GT drops by about 10 decibels, to a much more comfortable 72 decibels – about the level of a household dishwasher.”

On Mustang GT equipped with the available all-digital 12-inch instrument cluster, the exhaust mode menu appears within the pony menu. With the standard 4-inch cluster, exhaust mode is found within the settings menu.

Active valve performance exhaust is one of many changes Mustang fans will see when cars reach showrooms later this year. In addition to its restyled exterior design and refined interior, Mustang will offer an all-digital 12-inch instrument cluster, a 10-speed automatic transmission, MagneRide™ damping system and SYNC® Connect with FordPass™.

With its new Drag Strip mode, Mustang GT now reaches 60 mph in under four seconds – faster than a $94,000 Porsche 911 Carrera – setting a new standard as the quickest Mustang GT ever. 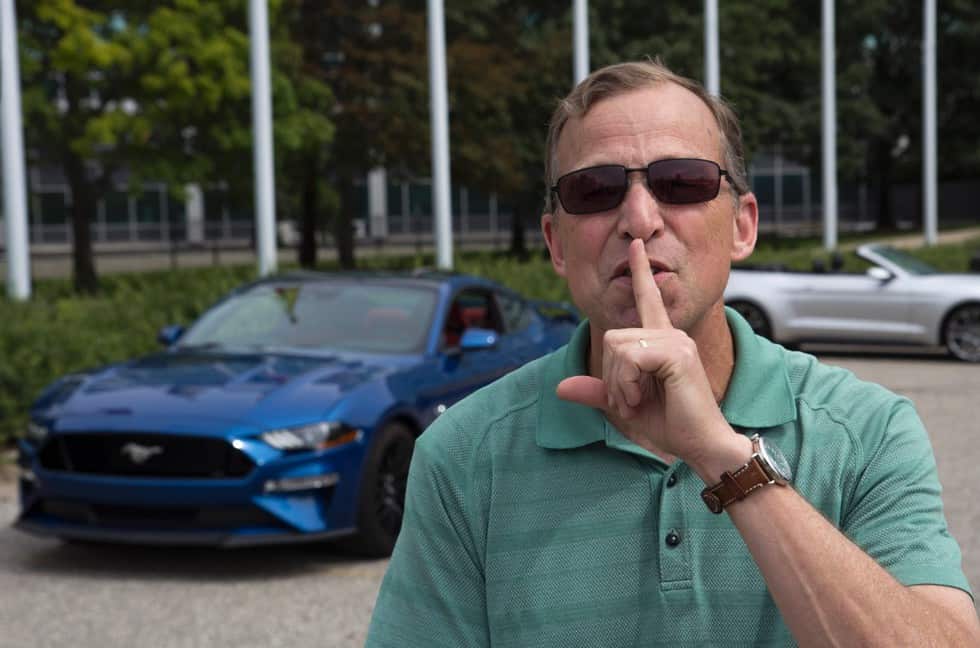