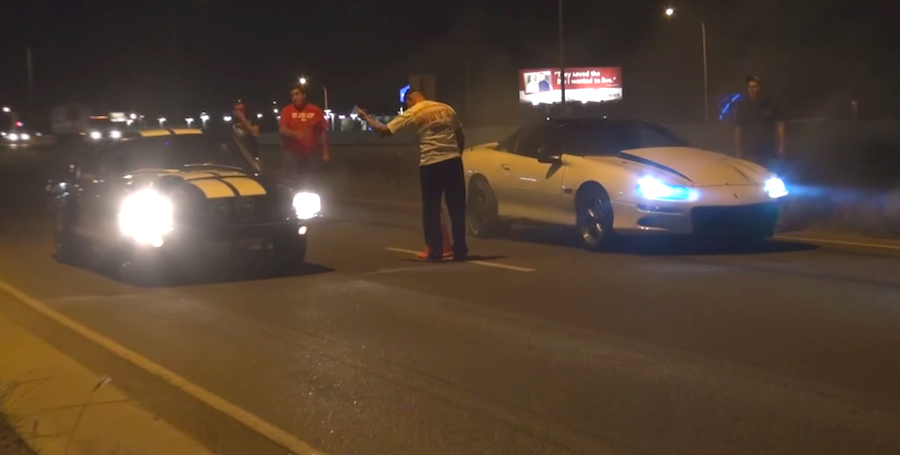 It’s not a good night for these two guys. What started off as a race between a beautiful 1967 Ford Mustang fastback, with nitrous, and a twin-turbocharged 1999 Chevy Camaro ends in a bout of vehicular devastation—but, at least, nobody got hurt.

Watch the video from four different camera positions. From the Camaro’s cockpit it’s clear: halfway through the race, the Mustang starts fishtailing wildly, before losing control altogether and going sideways. It plows into the Camaro in the other lane—and whether it’s driver skill or sheer luck, or both, the Camaro stays stable and slows down even after the hit.

Allegedly, both cars are just about ready to roll again. That was two years ago. Maybe both cars are back at it, and hopefully under far safer conditions.